You can get the double-action/single-action gun with either 10-round magazines or 17-round mags. In either case, the magazine architecture is double-stack, and they’re both sand and corrosion resistant.

Beretta offers several great color choices. Green and black refers to the green frame, green slide, black barrel and black everything else! A second choice is all black, in which the red dot by the safety / decocker and the dots on the sights are about the only exceptions. There is also an FDE model with FDE for the frame, barrel, thread cap, grips and slide. Most smaller parts are matte black.

This is not an inexpensive gun. And that might be for good reason as it enjoys many improvements over its Beretta 92A1 9mm predecessor. For instance, based on user-feedback, the M9A3 features a factory-standard muzzle thread. The M9A3’s safety was angled up for better ergonomics and to prevent accidentally engaging while racking the slide. Instead of standard three-dot sights, this gun has three-dot night sights. It also has a nearly flat face combat guard, an a la M1911 angled grip, more grip texturing, and it can use 17-round magazines instead of the 92A1’s 15-rounders. Yet Beretta ingeniously kept the designs and parts highly compatible. Thus, the M9A3 can use the 92’s older 15-round mags.

The actual design and aesthetics are captivating. To wit, the gun has a cut out slide and a cut back nose. Both features eschew the blocky look you’ll see on many other semi-automatics. This lithe design has function: saving weight and decreasing silhouette. It also showcases the top of the barrel.

Move to the slide’s rear, and your fingers will graze the forward-angled slide serrations. They are narrow and tightly packed. And behind them is the ambidextrous thumb safety or decocker that reveals a red dot when the gun is on in “fire” mode.

Atop the slide are white 3-dot dovetailed sights. The front sight is shark finned for snag minimization. An external circular loop hammer punctuates the rear. Under the muzzle is a three-slot MIL-STD-1913 Picatinny rail granting you real estate to mount tactical accessories. Behind it is the nearly flat-faced combat trigger guard with a rounded belly and a rear undercut. Framed within is a smooth trigger.

Neither the trigger guard nor the trigger is serrated. But the hammer, thumb safety, magazine release, slide catch and takedown latch are all nicely serrated for tactile intuition and better traction. The beavertail is high up, medium in length and benefits from a gentle downward turn.

This gun features Beretta’s VerTec grip architecture. The prefix foreshadows the game. This grip is far more vertical than the 92’s. There’s no palmswell. The texturing is a bit different as well. Instead of the previous gun’s front and back vertical grip serrations, this design features horizontal banding.

The gun has nicely designed grip panels. They prioritize functionality over show, with diamond checkering for nice feel interrupted by textured trapezoidal bands. The panels are fastened in place at top and bottom by simple flat-head screws and visually punctuated by a loudly and largely proclaimed Beretta triple arrow triple circle insignia.

The grip bottom showcases a lanyard loop. The magazine release is reversible. It combines with the flared magazine well for nearly effortless magazine swaps. It’s worth noting the gun can still fire even when there’s no magazine loaded.

Be the first to review “Beretta m9a3” Cancel reply 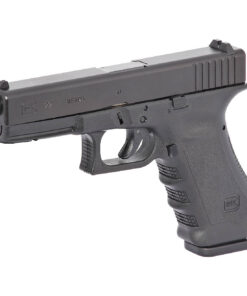 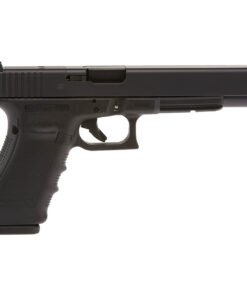 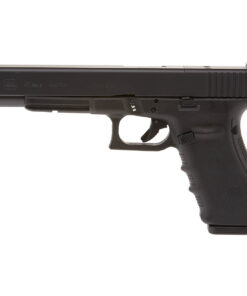 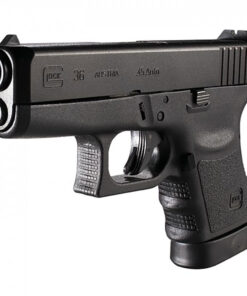 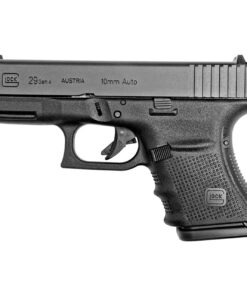 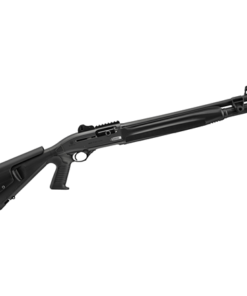 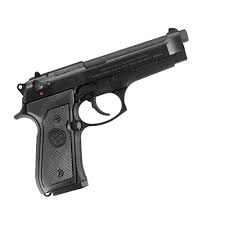